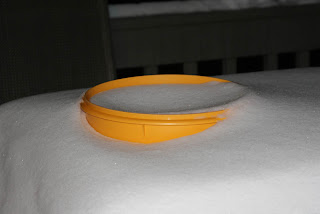 Last winter in Omaha, we had at least an inch of snow on the ground for almost 90 days. We had some amazing snow storms (snow "events" as the forecasters call them) and a total snowfall of 45 inches. The amazing thing, I never made Snow Ice Cream.

Saturday night when the snow started to fall, I said to Tim we should make Snow Ice Cream. Tim said he'd never had it before. Seriously, he's from snowy Minnesota and he's never had Snow Ice Cream? Snow Ice Cream is such a fun childhood memory for me. I am not sure the recipe we used but I am pretty sure it involved raw eggs. Like most people today, I am a little leery of using raw eggs. I searched and found a couple of recipes for snow ice cream. Most recipes used either regular milk or a can of sweetened condensed milk, vanilla and sugar. Here's my recipe. Next time, I'd like to try making it with honey. 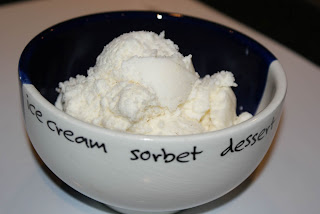 When it starts snowing, place a large bowl out in the snow. When the bowl is full, you can make ice cream, using whatever quantities you need. Before bringing in the snow, mix together the milk, sugar and vanilla. Stir in the snow a cup or two at a time. Add more milk to create the texture of ice cream you prefer. You can also mix in some cocoa with the sugar for chocolate ice cream.
Posted by Julie at 7:11 AM